A downloadable game for Windows

The story is inspired with the actual events. Adventures are similar in some way to life of German hero – count Claus Schenk von Stauffenberg. He was a man who in 1944 decided to take dramatic effort to stop nazi war machine in order to save millions human beings. With the group of the highest-ranking officers Stauffenberg is preparing an assassination on a man whose pushing German towards the war - Hitler.

In fact the game is not very close to those events and the player has an opportunity to lead action differently that it happened in the past.

The game begins on the day of the attempt. You start in front of the bunker. You may talk to the guards, who give you tips on what to do next. You proceed to meet your aide-de-camp. He is very agitated and after a short talk gives you a briefcase with a bomb inside. You proceed to the staff meeting, where Hitler confers with officers of the highest rank.You perceive that the situation is serious. Hitler is enraged, he does not accept the possibility of retreat, although the troops suffer heavy losses at the eastern front. You exit, leaving the briefcase with the explosives behind. An explosion takes place …

As the game progresses, you fight on board a huge airship as well as on a speeding train. You have the opportunity to ride a motorcycle and drive a tank. During the game you get fire support from your computer-generated assistants. You will also encounter dogs, which help eagerly in return for a sausage. You may talk to the characters you meet, bearing in mind that some of them are friendly but some may prove to be hostile. The game abounds in unexpected plot twists.

The World War II. Player is a young colonel at the age of 37, perfect soldier, who is the chief of staff and man who has proven his courage during the African campaign.

Our hero is aware of the evil caused by the war, understands its cruelty, senseless, range of crime, destruction and disaster. As he cannot accept it decides to prevent further tragedies.

The colonel realizes the need to eliminate Hitler and the whole nazi system, to end the war quickly, even at the price of his own life.

It is 1944. The action takes place in the occupied Poland and Germany.

In 1930 Claus graduated from the Hanover cavalry school.

In February 1943, after being promoted colonel, Stauffenberg was made the first officer in the command of the10-armored division taking part in the African campaign.

In April of 1943 colonel was heavily wounded - he lost one eye, right arm and two left hand fingers during air strike.

This accident as well as the recovery period was the time he became aware of cruelty and the nonsense of war. Stauffenberg despite his disability decides to eliminate Hitler and stop the war machine.

In June 1944 Stauffenberg became chief commander of the auxiliary troops along with being promoted colonel. This nomination means that from this moment on he will be able to frequently take part in the council meetings at the Hitler's good headquarters. He decides to an assassination attempt immediately.

Preparation for Hitler's elimination were based on a plan code named Walkiria, which was provided in case of prisoners' and German workers' revolt.

From the very beginning this plan, accepted by Hitler, was a legal camouflage and was the basis for intended military coup.

In July 18, 1944 Stauffenbergn was given an order to deliver a report about eastern front on 20th Julyon council meeting at Wolfschanze. The 19th of July was the day for preparation.

As it was planned after 6 a.m., on Thursday (20th July) Stauffenberg left Berlin. At 10.15 am. his plane landed in Kętrzyn near the Wolfschanze.

Few minutes before 1 pm. it was a heavy explosion. In 15 minutes colonel was in his way back to Berlin. He was convinced that his mission succeeded. The same night he was arrested and executed by firing squad. He was less than 37 years old.

changes in relation to the original version refer to technical defects (such as white water layer after loading) This version contains no additional content.

Installing Wolfschanze 1944™
Run the self extracting archive and the program will guide you through the installation process.

Execute the Wolfschanze EXE installer, which will lead you through the installation process. 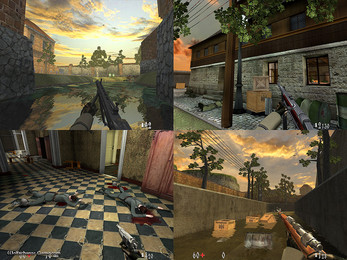 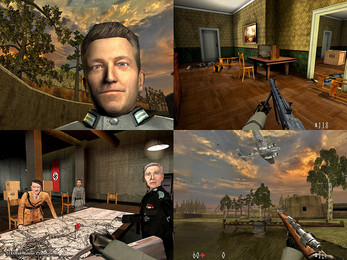 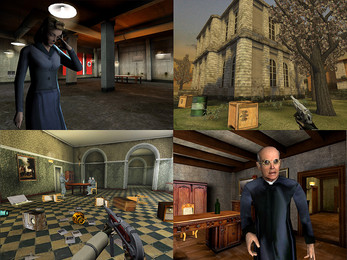 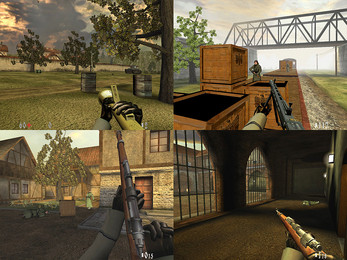 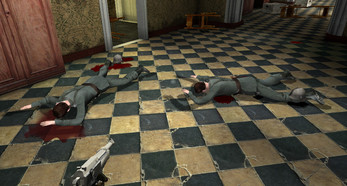